2016 Supervisor of the Year Awards 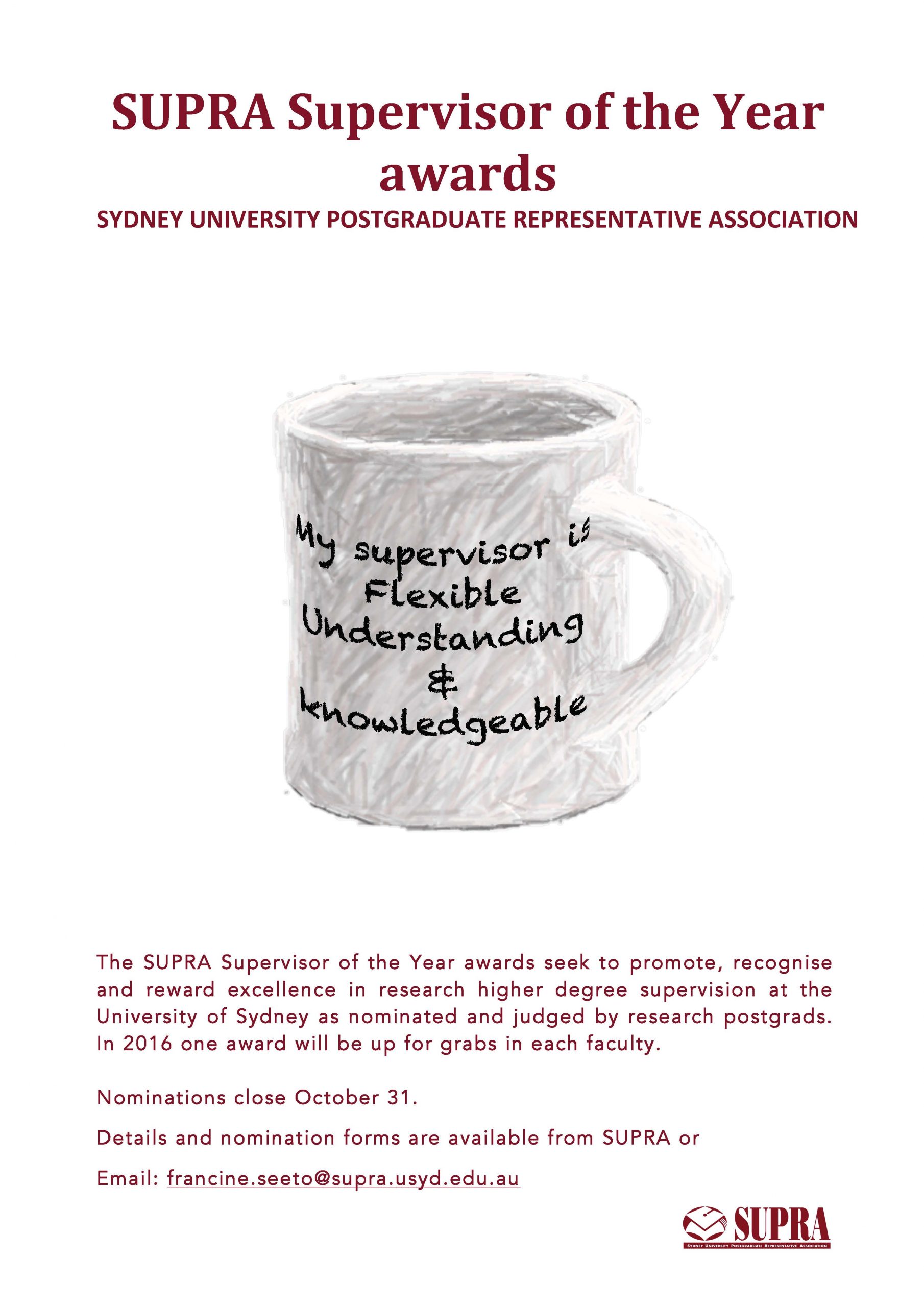 2016 Supervisor of the Year winners

In 2016 SUPRA re-launched the Supervisor of the Year as a student judged award, and received close to 100 nominations from all faculties except Dentistry. The award was run in the past but was discontinued at some time and we had to start over with a new process, criteria, and so on. We formed a Working Group (WG) of 3 PhDs and Francine Seeto from the advocacy service as coordinator. Our first decision was to base our award on the UNSW Supervisor of the Year which has been running for several years. We are grateful to UNSW’s postgraduate student association for permission for us to base our nomination process and nomination form on theirs.

Nominations closed on October 31. The WG also took on responsibility for the judging. On November 15 at the Courtyard Restaurant the Director of Graduate Research Associate Professor Ross Coleman presented the awards to finalists and winners.

It’s been so rewarding for so many people – SUPRA, the Working Group, our HDR students who got behind the awards, and for our wonderful research supervisors at the University of Sydney who have been nominated or won in our come back SUPRA Supervisor of the Year awards in 2016.

Sydney College of the Arts

Get all the benefits of SUPRA membership

• Connect with your postgrad community.

• Have a say in decisions that affect your studies.

• Use our free, confidential, independent and professional casework and legal services.