Take a look through our archives

To celebrate our 50th Anniversary in 2020 we took a look through our archives, which are held in the Rare Books collection at Fisher Library, and in our office at the Holme Building.

If you’re a current or past member of SUPRA, or former SUPRA councillor, we’d love to see your personal archives from your time at SUPRA.

If you recognise yourself or anyone (or anything) in any of the photos or publications here, please email us to tell us more! 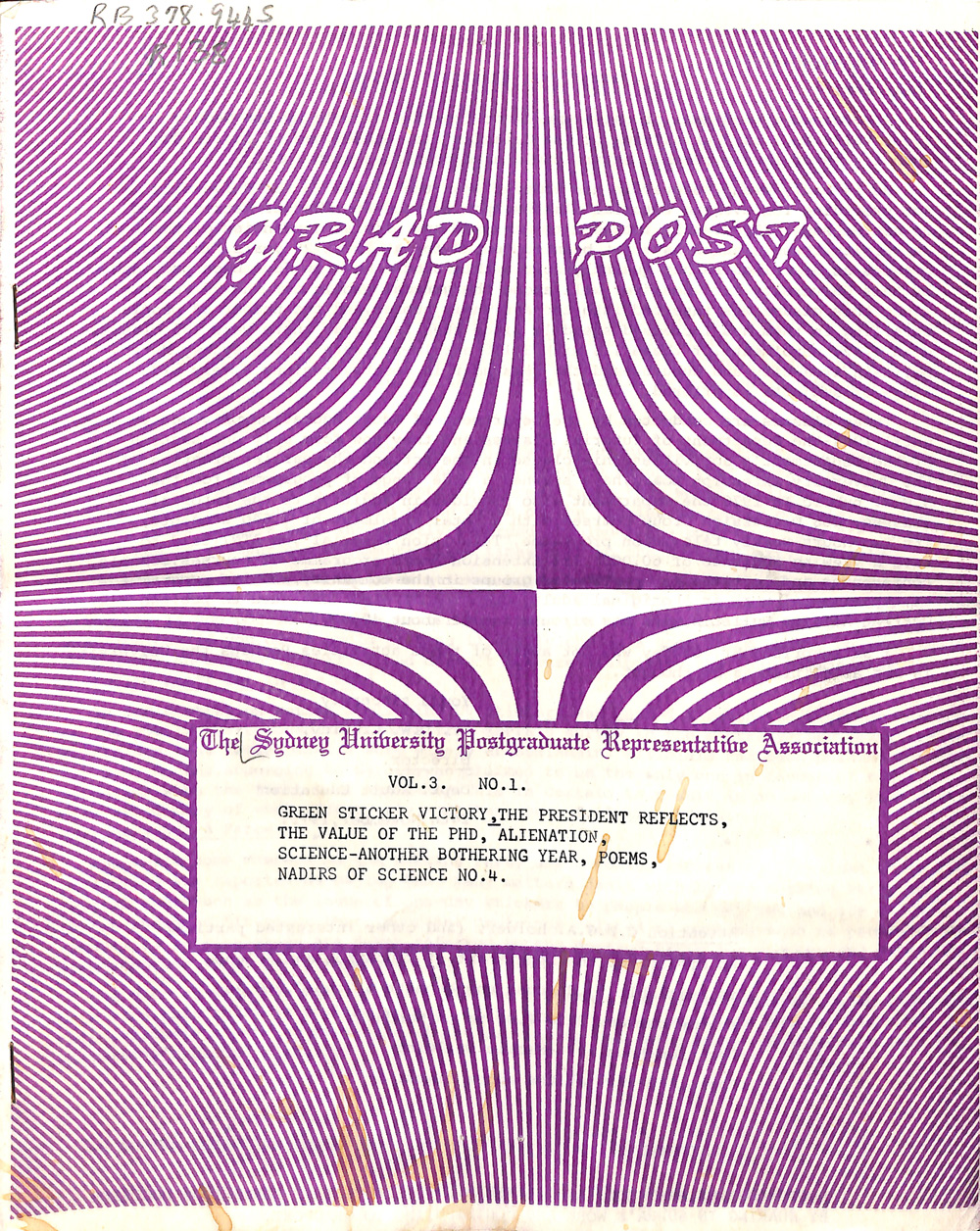 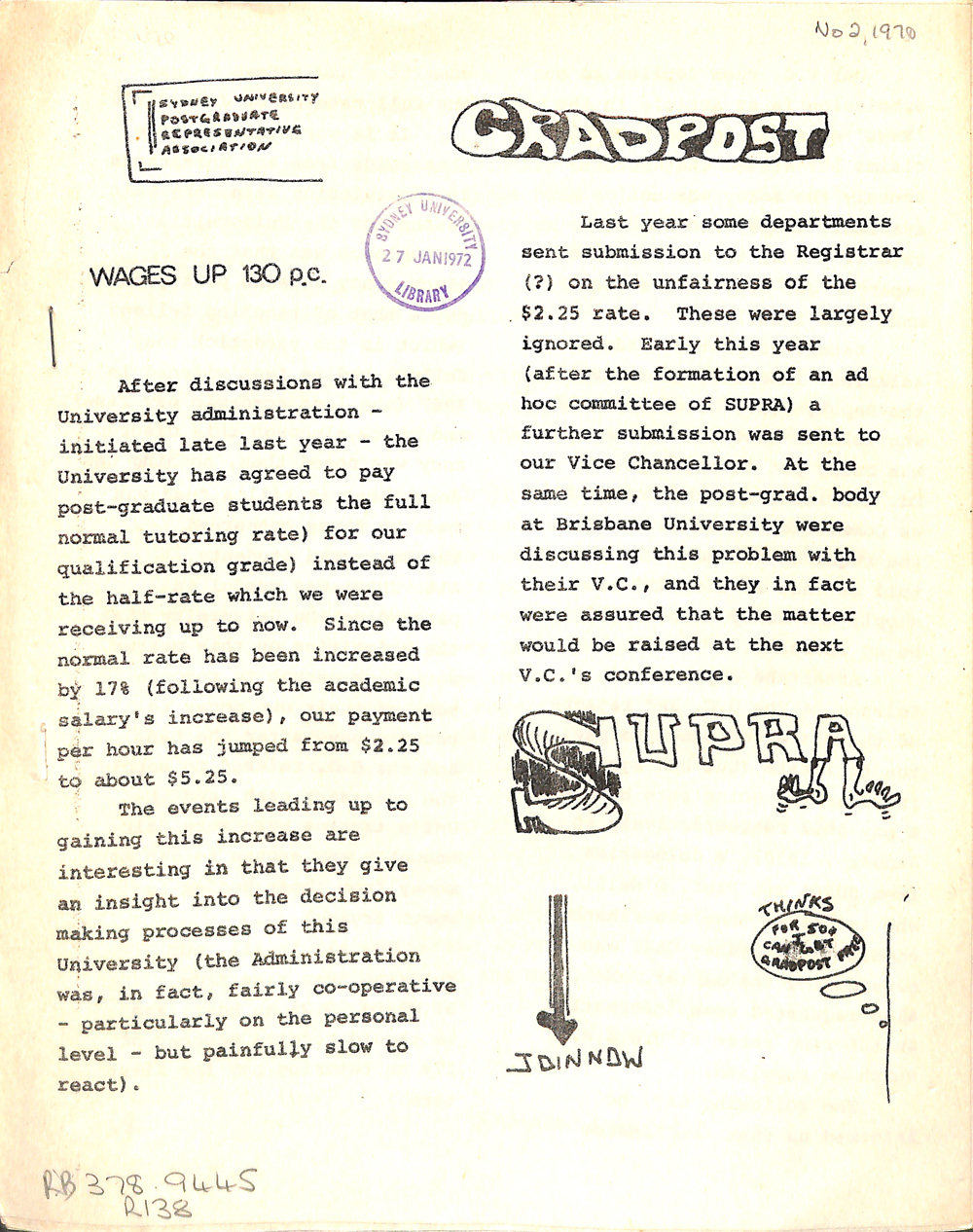 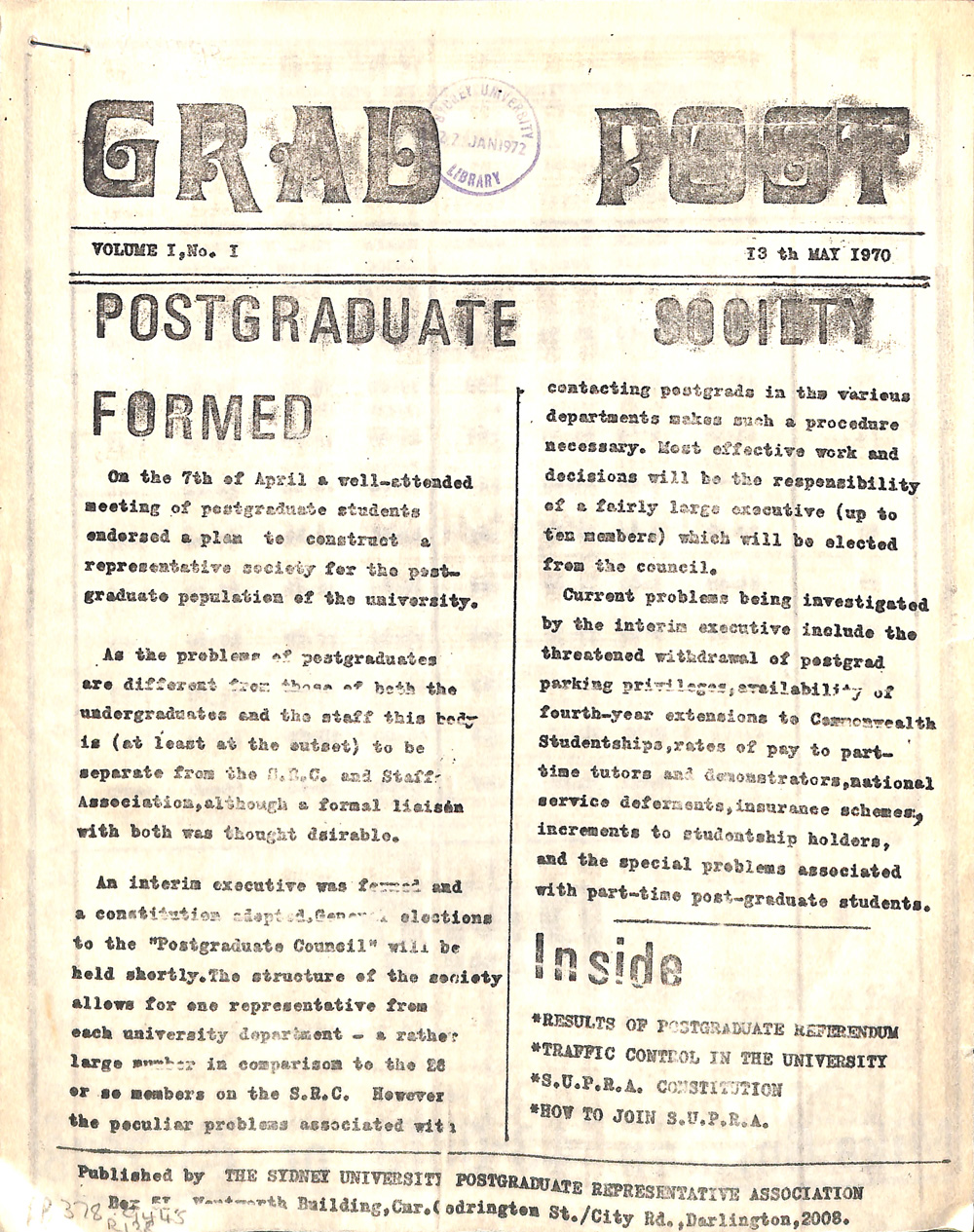 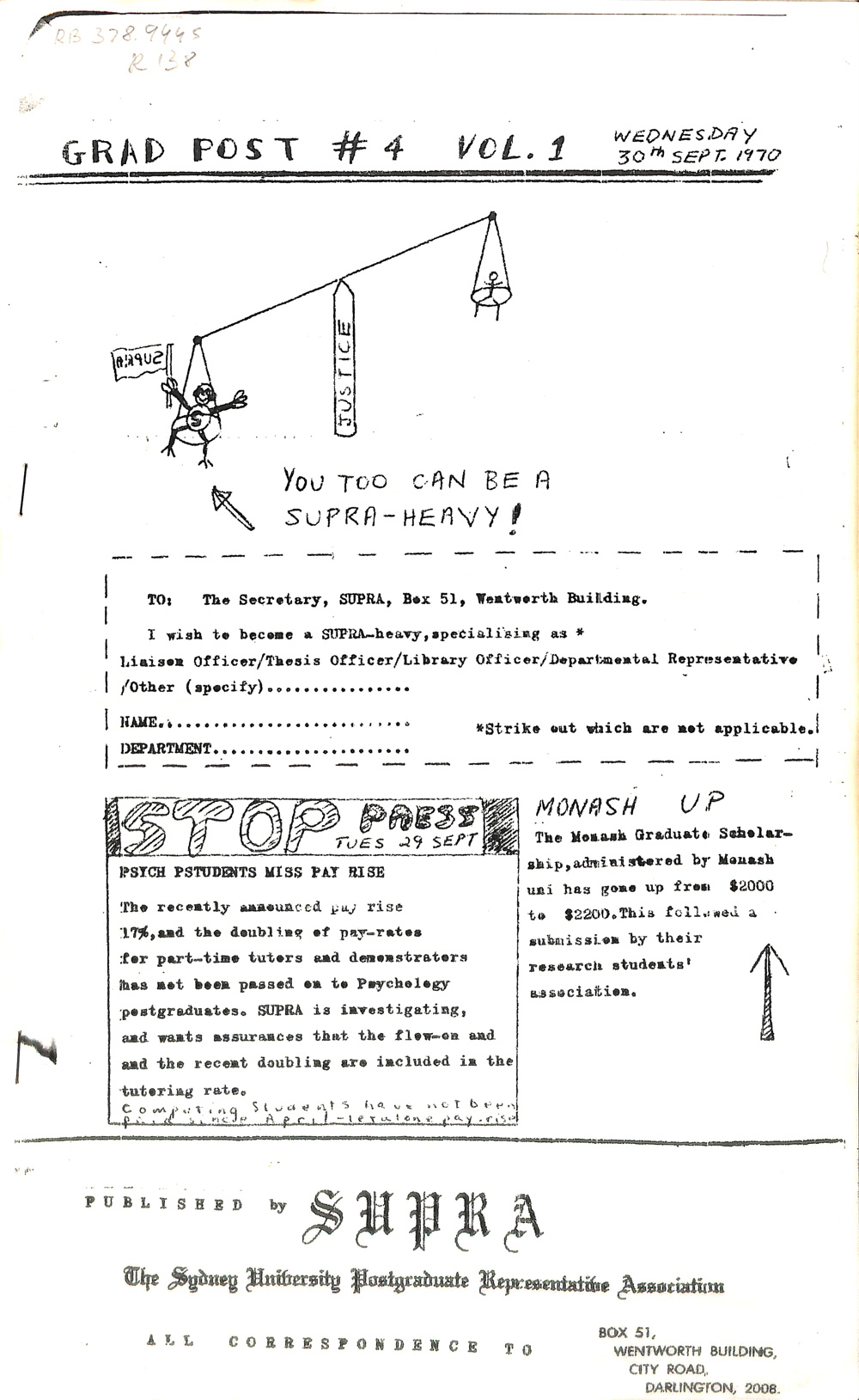 SUPRA’s founding was announced in Volume 1, No. 1 of the Grad Post, which was the name of the Association’s first newsletter – in case you don’t get the pun: it’s a reversal of the syllables in ‘postgrad’. Our current newsletter, also called Grad Post, is an electronic version of the same newsletter; which means it has been published continuously for 50 years! 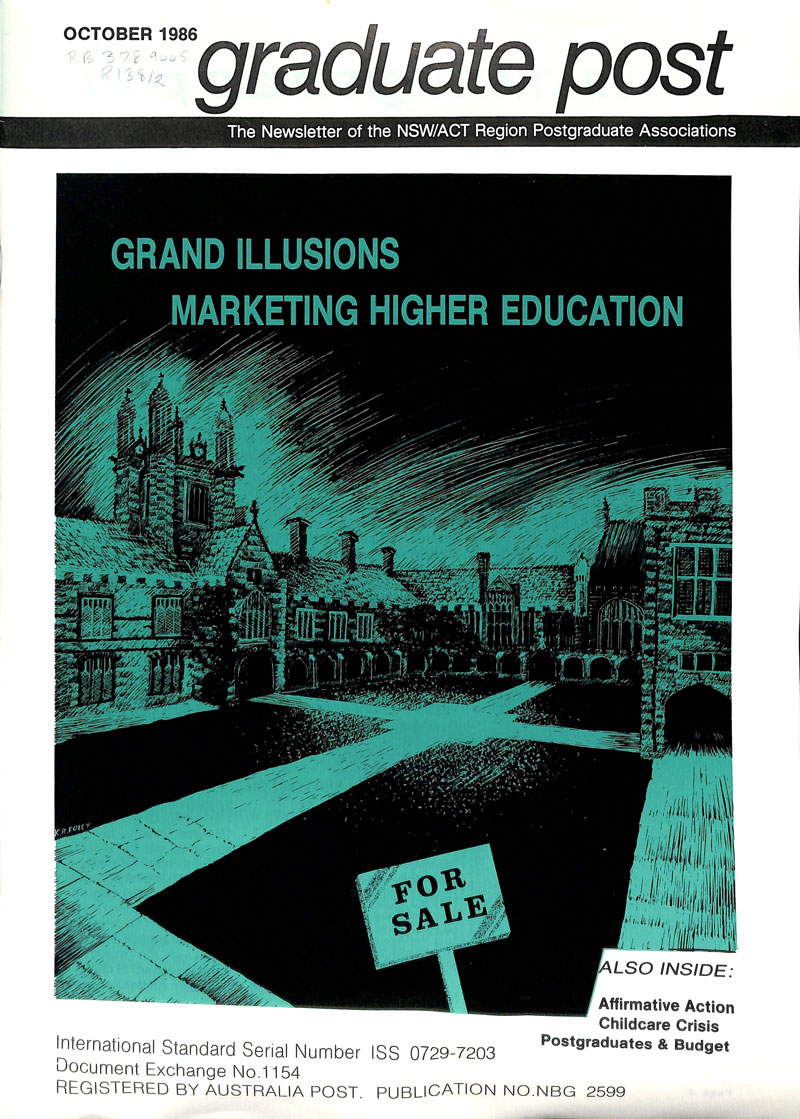 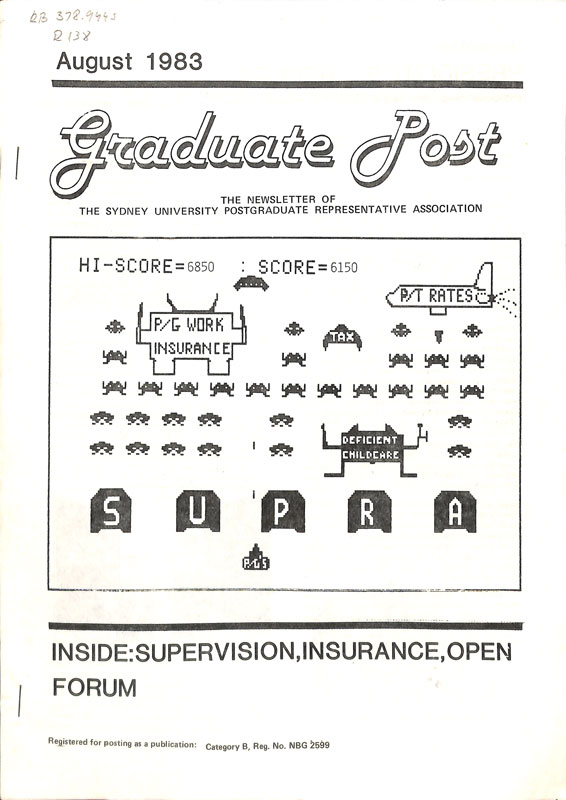 In the 1980s neoliberalism brought a wave of deregulation to many industries, including higher education. SUPRA engaged with these issues in forums such as Graduate Post (which our every-evolving newsletter was then called!)

Here are some Graduate Post covers from the 1980s, discussing the commodification of higher education and other issues that were affecting 1980s Sydney Uni postgrads. 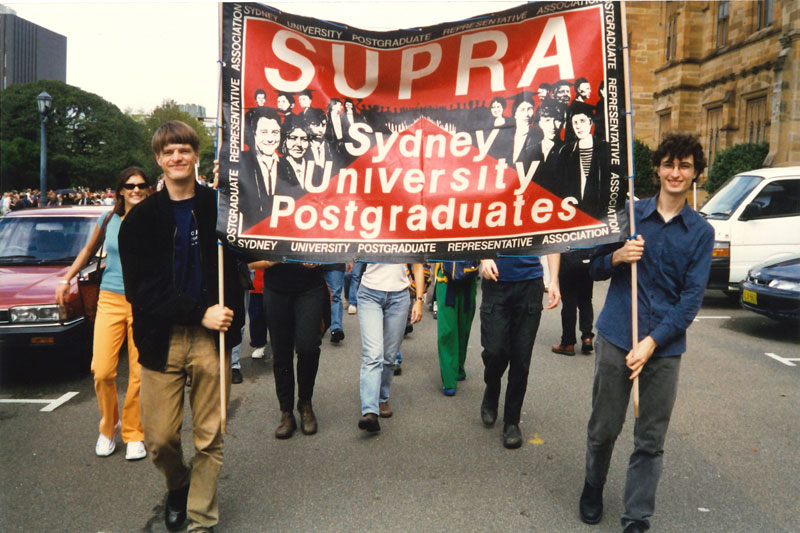 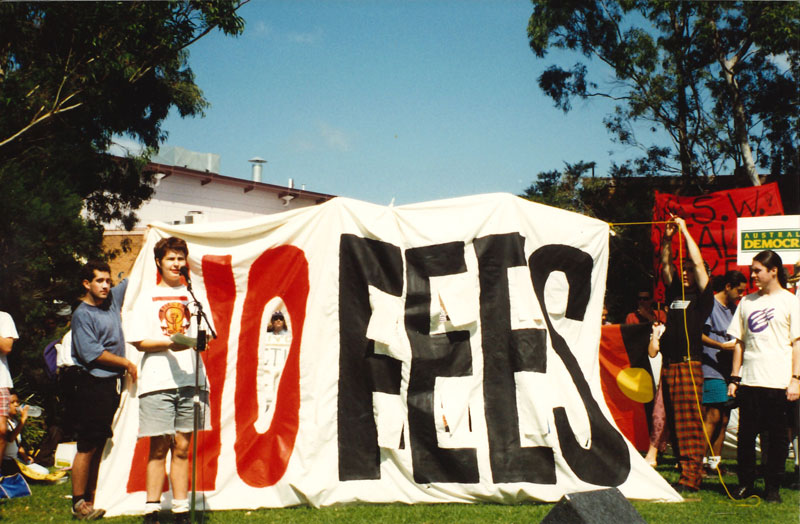 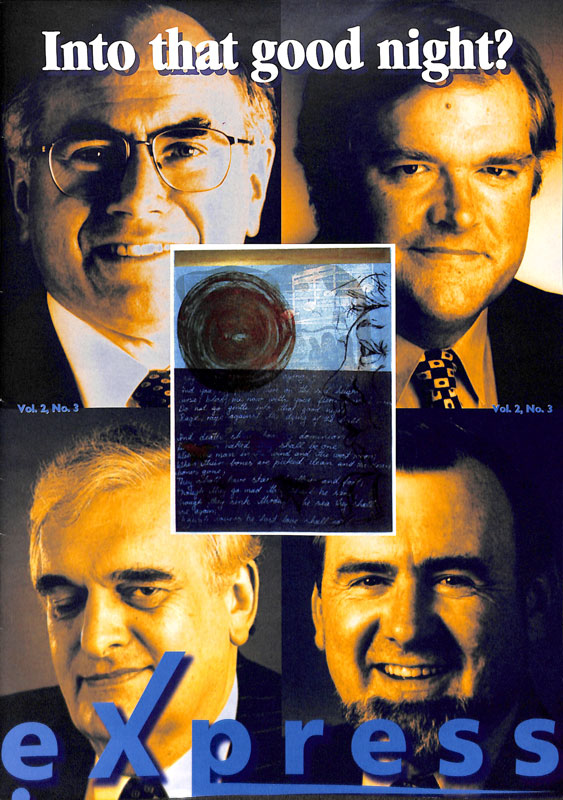 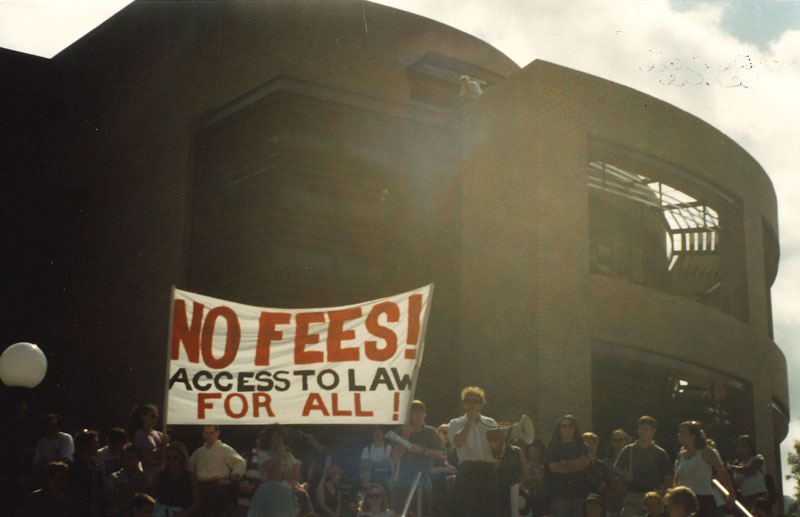 The fight against fee deregulation was a major focus for all Australian student organisations in the 1990s. These photos show former SUPRA councillors and other student activists (including former President Tom Clark, 1997-98, holding red and black SUPRA banner, on the left), and others participating in anti-fees rallies.

Free tertiary education first came under attack in 1983 with the election of the Hawke Labor government, who determined to implement a user-pays university system. From 1996 the Howard Government made deep funding cuts: funding for universities fell from 85% in 1987 to 54% in 1998.

In 1999 the Howard Government introduced the so-called ‘Voluntary Student Unionism’ bill to Parliament. This bill was repeatedly defeated in the Senate, but eventually passed in 2005, bringing uncertainty to the future of student organisations in Australia.

SUPRA covered these challenging times in our regular newsletters and publications, such as Express. 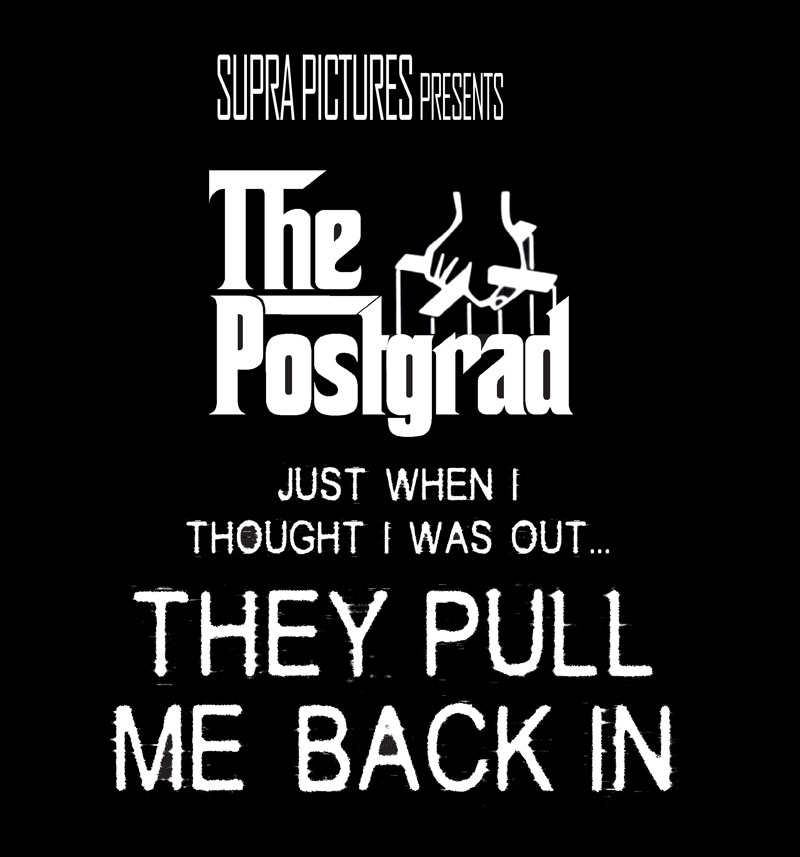 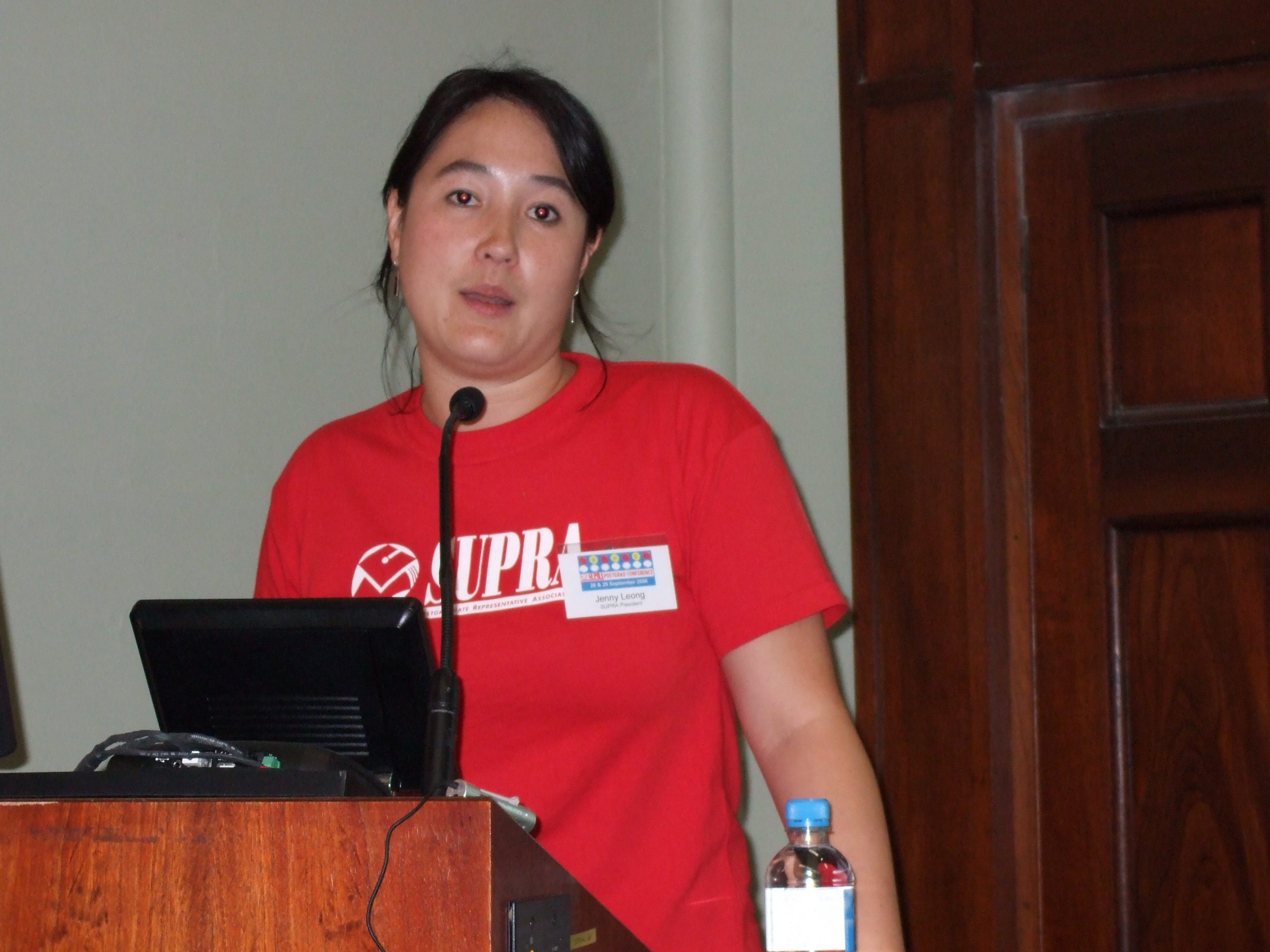 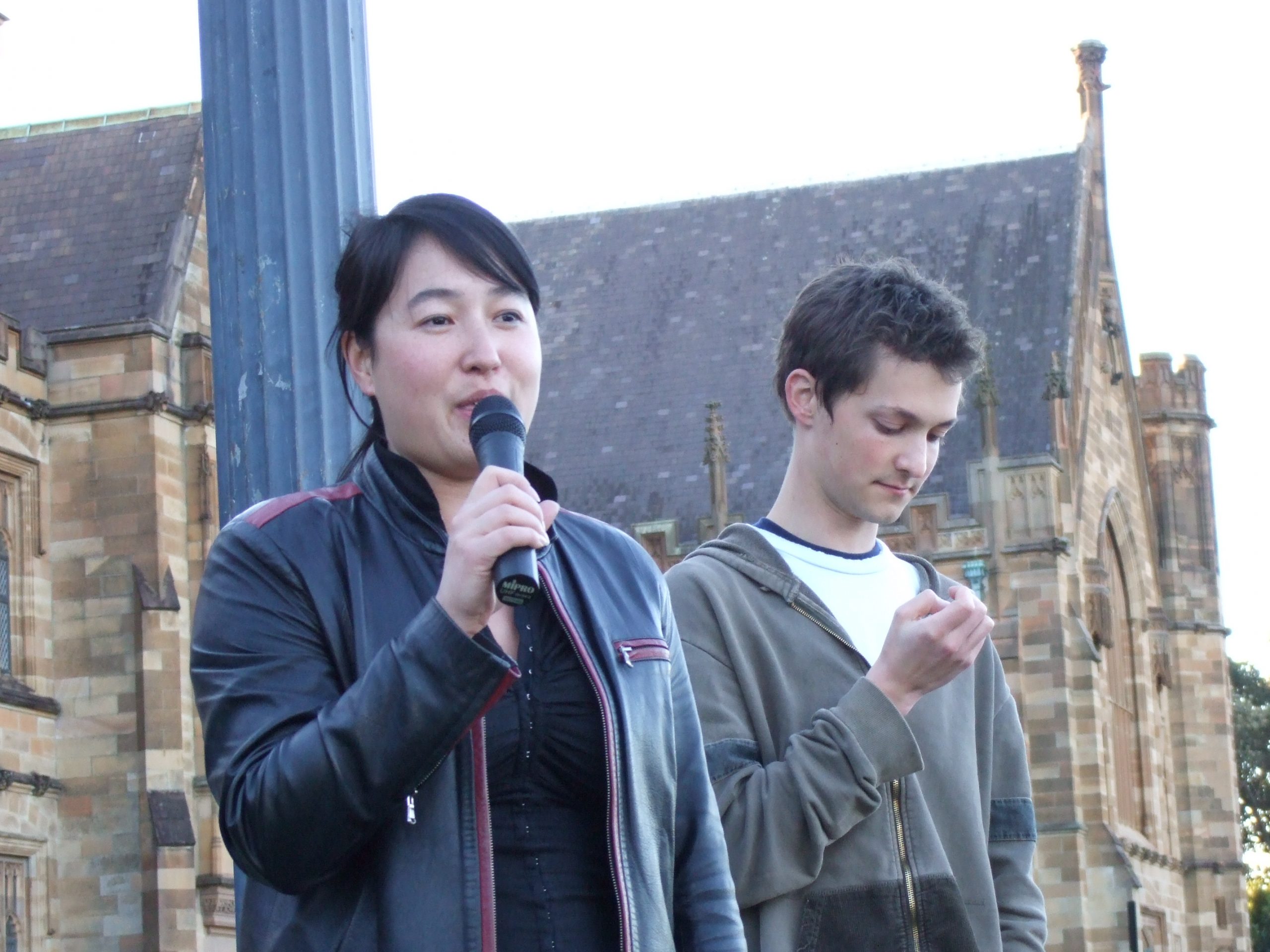 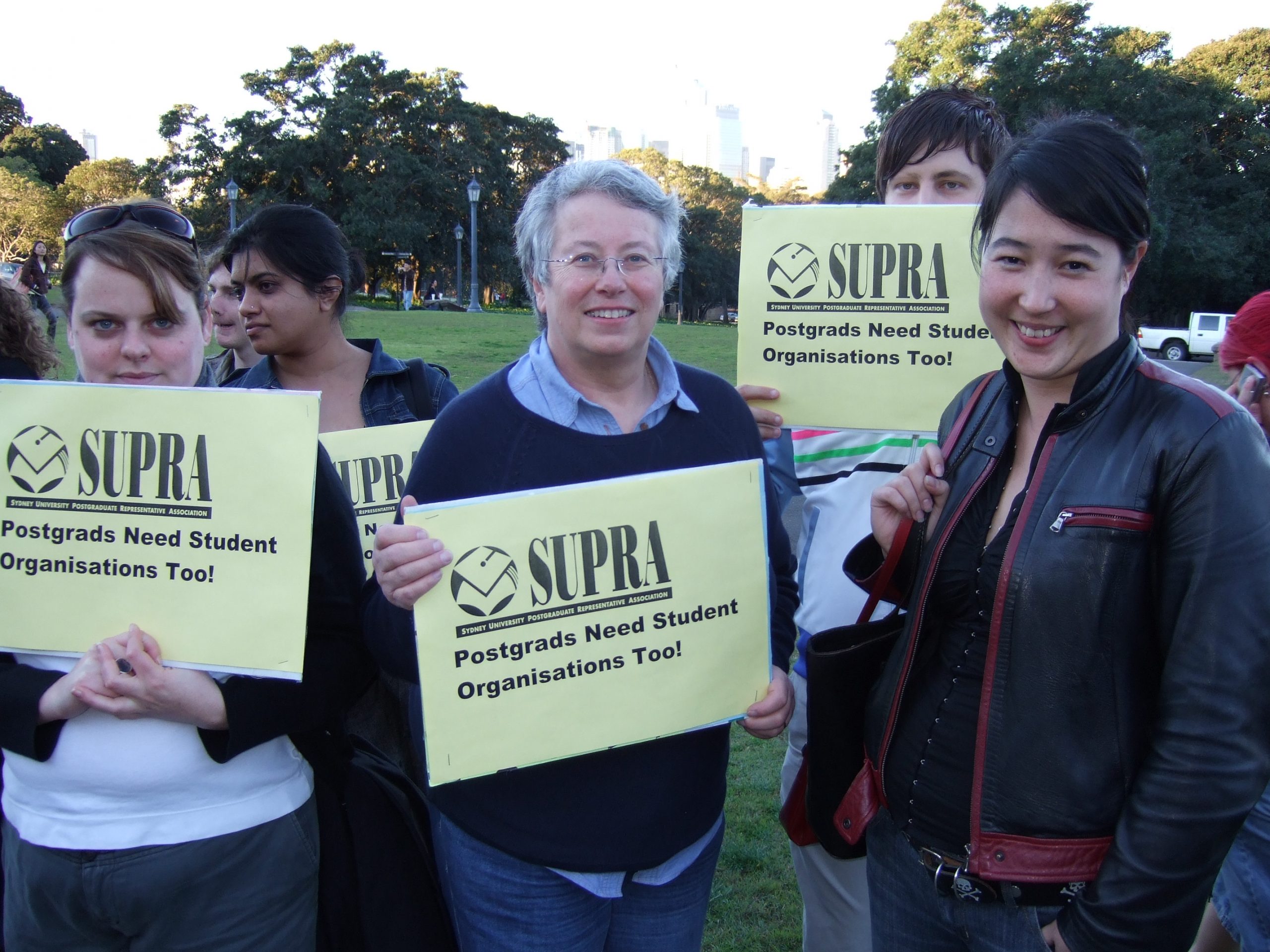 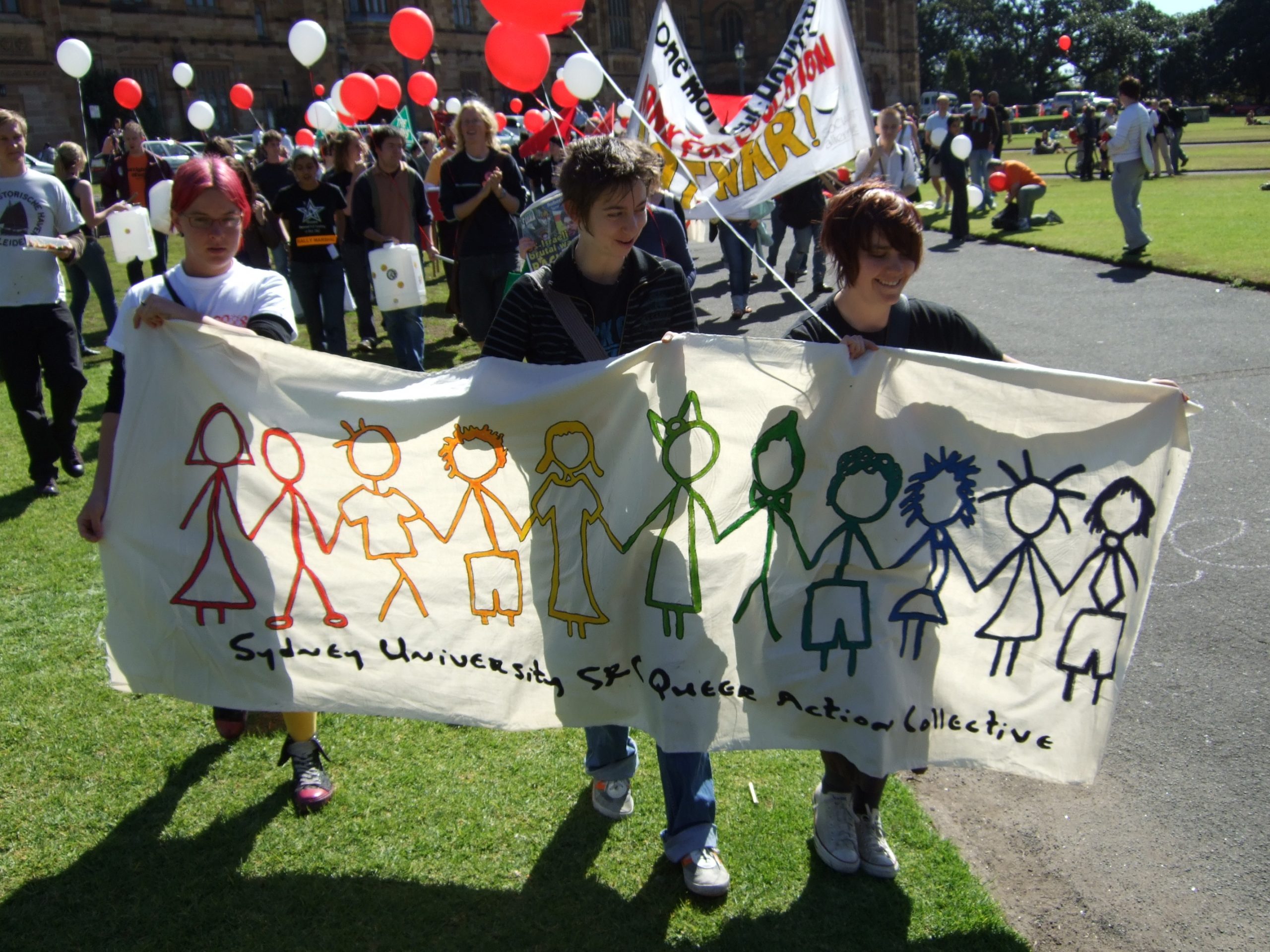 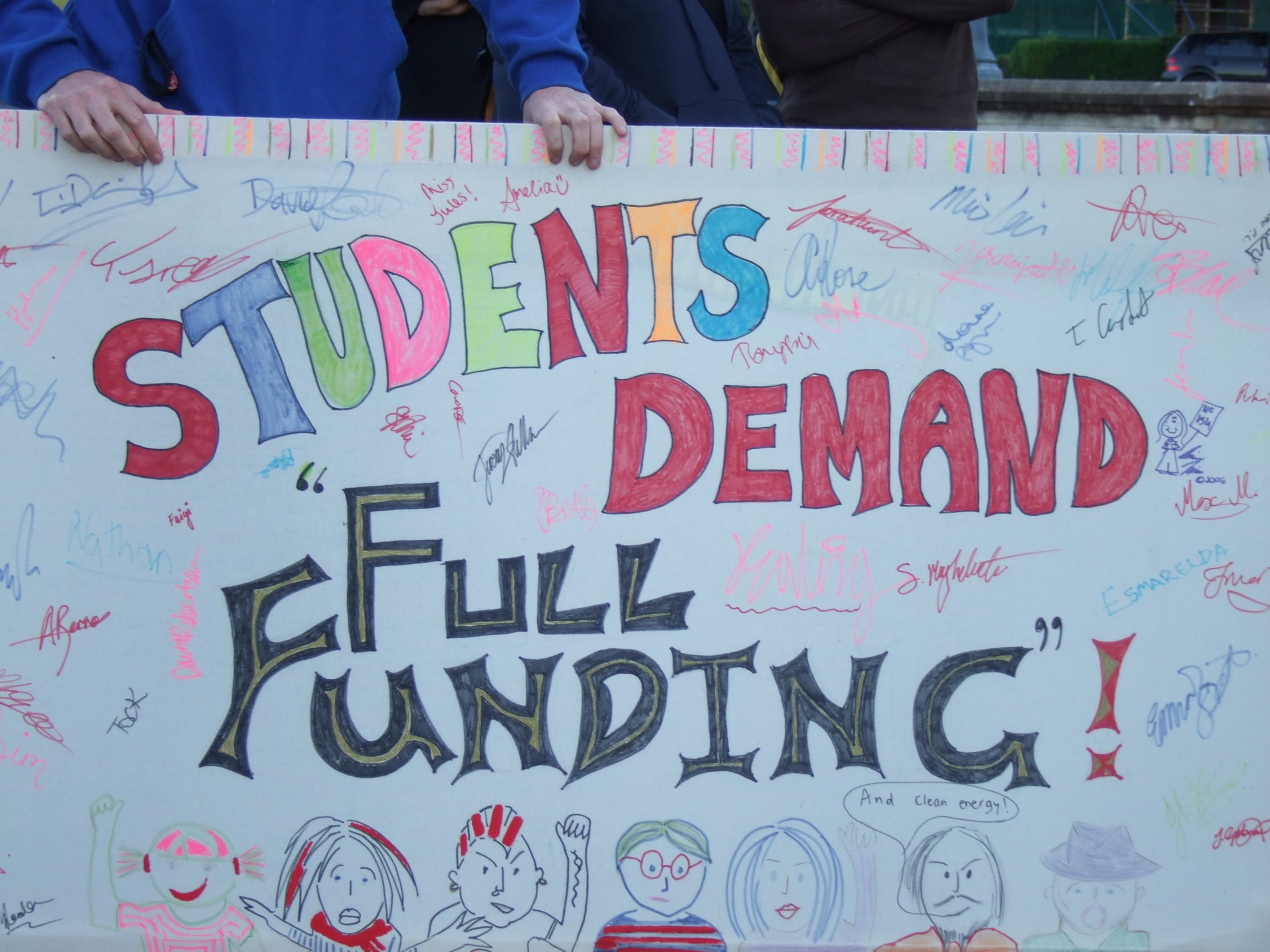 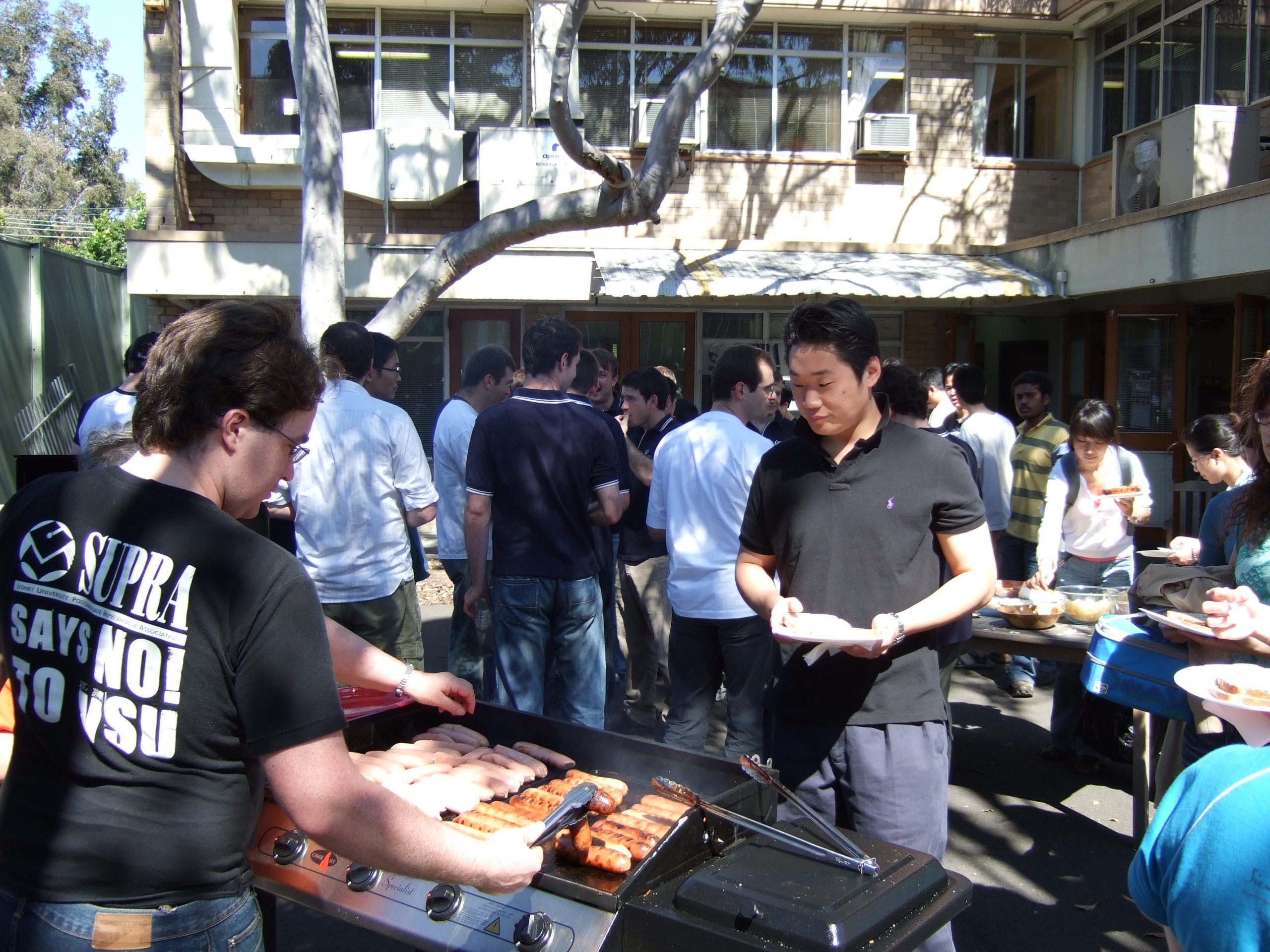 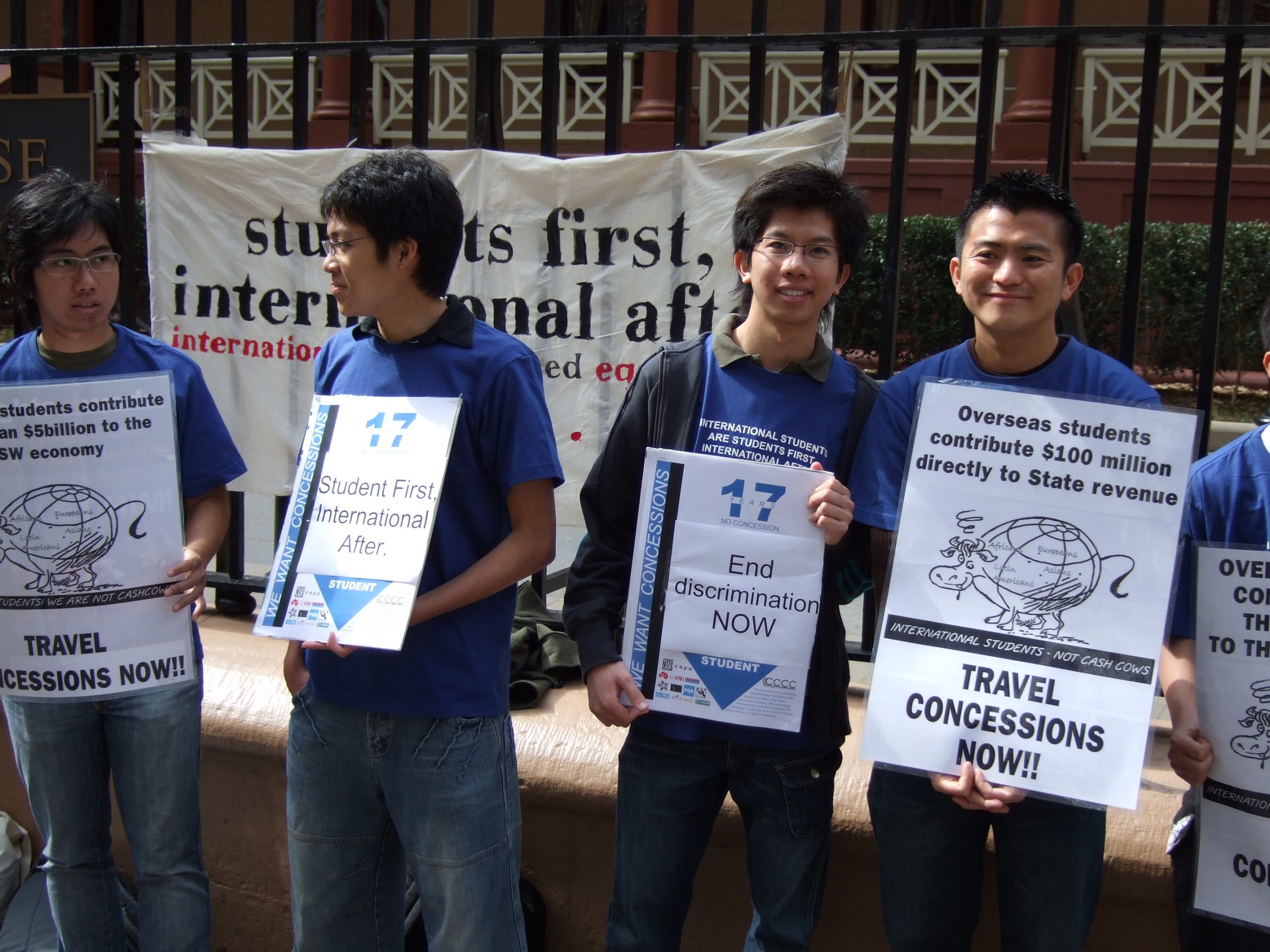 In 2005 the Howard government succeeded in passing the so-called Voluntary Student Unionism bill through parliament; when it came into effect in 2006, student organisations in Australia were effectively de-funded, and some were forced to close.

SUPRA survived this crisis by negotiating with the University to secure funding, and by charging a small fee for membership. This gallery of images from the 2000s includes a popular t-shirt design made by SUPRA that was part of a membership fundraising drive (the reference is to a famous line from the movie The Godfather III!). There are also photos of SUPRA Councillors (including several of former President Jenny Leong) campaigning, working in the SUPRA office, meeting members and constituents, and doing other work for the postgraduate community. 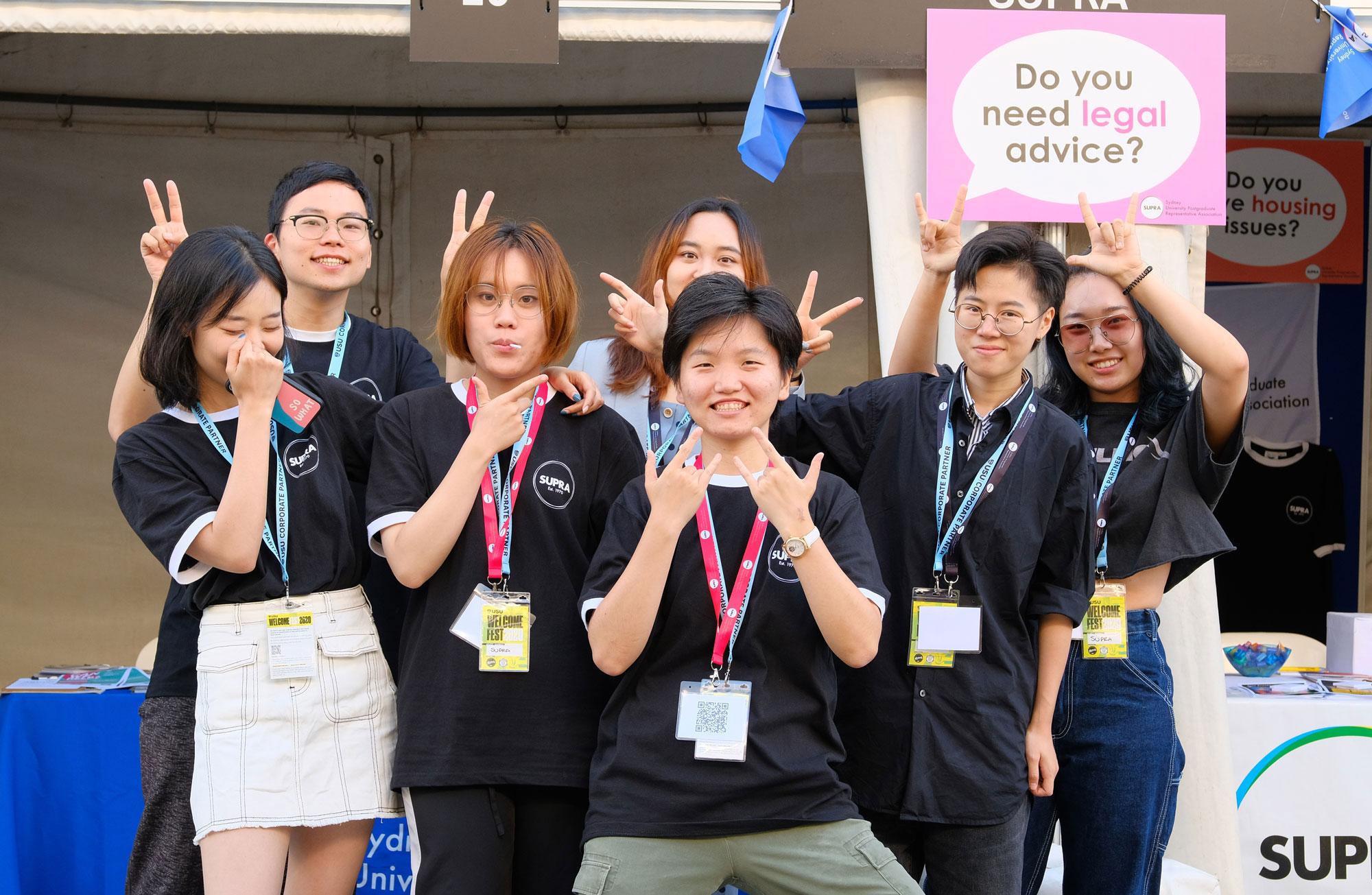