Sorry means you don’t do it again 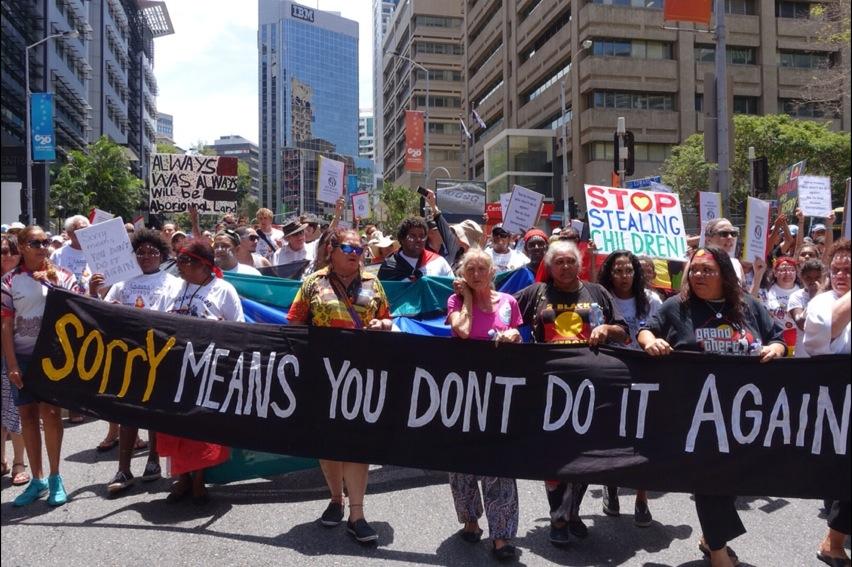 I recently wrote a piece for Sorry Day, some of which was not correct. Sorry Day does not commemorate the Apology.

However what I wrote about the Apology holds true. Aboriginal children are still being removed from their families and communities, and at increasing rates. The Apology means little when the actions do not change.

I hope that this apology, my apology to you, serves as a timely reminder that ‘sorry means you don’t do it again’. I have learned from my mistake and have taken steps to correct it.

National Sorry Day, on 26 May, commemorates the 2008 Apology given by then-Prime Minister Kevin Rudd. The Apology was addressed to all Aboriginal and Torres Strait Islander peoples who had been affected by the policies of forced removals, resulting in what we now know as the Stolen Generations. This was a momentous act that acknowledged the pain, suffering, and trauma of those who had been taken, and of those families and communities that had children removed from them. I remember exactly where I was when the Apology was given.

However, the Apology was not all it was cracked up to be. It focused on the consequences of policies of removal, without considering how the state was able to implement these policies lawfully in the first place. The power of the state was never examined, the very power that made these policies of removal possible, and so this power still exists, and we see this play out today.

After all, sorry means you don’t do it again.

Keep up-to-date with our latest campaigns, activities and advice!