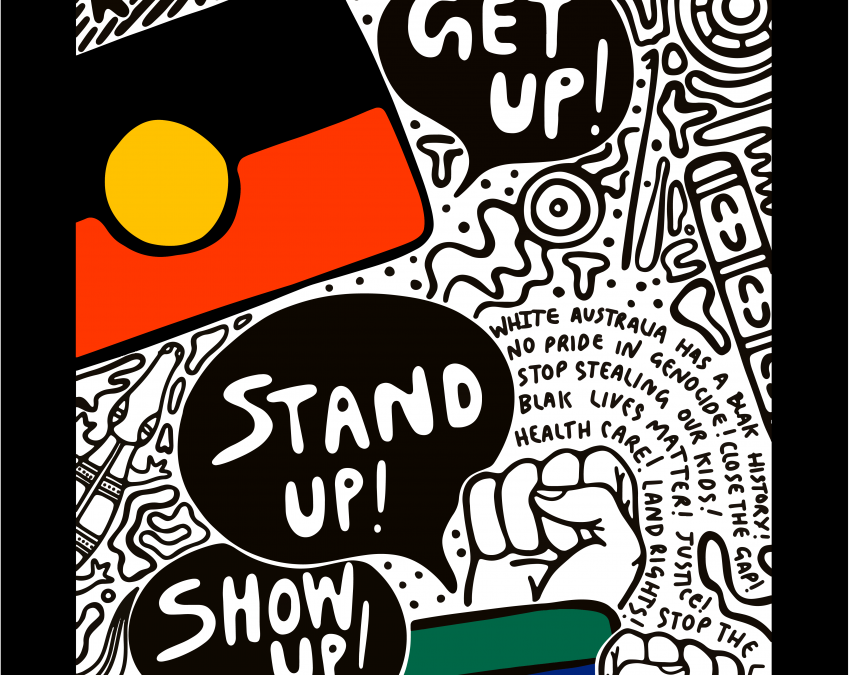 William Cooper, founder of the Australian Aborigines League, petitioned the Crown for an Aboriginal voice to Parliament in 1935, laying the foundations for the Uluru Statement from the Heart. In 1938 one of the first civil rights demonstrations in the world was held in Sydney and would be known as the Day of Mourning. The Day of Mourning was held every year between 1940 and 1955, a week before Australia Day, and was known then as Aborigines Day, however it was moved to July in 1955 as both a protest against Australia Day and a celebration of Aboriginal cultures.

This year, the theme for NAIDOC Week is ‘Get up! Stand Up! Show Up!’ This theme recognises and pays tribute to the work of activists, change-makers and ordinary people who fought for the rights of Aboriginal and Torres Strait Islander Peoples, as well as those who continue to fight for change. And there is so much still that needs to change.

This NAIDOC week, take some time to learn about the struggles and systemic disadvantages faced by Aboriginal and Torres Strait Islander Peoples. Take some time too to listen to our stories, whether that’s watching a film like Charlie’s Country or reading a book like Dark as Night by Tony Birch.

This NAIDOC Week, get up, stand up and show up – #PayTheRent, and walk with us as we continue the fight for our rights as Aboriginal and Torres Strait Islander Peoples.

Keep up-to-date with our latest campaigns, activities and advice!